Home → The Women’s Health Blog → Abnormal Bleeding of the Uterus: What Does It Mean? 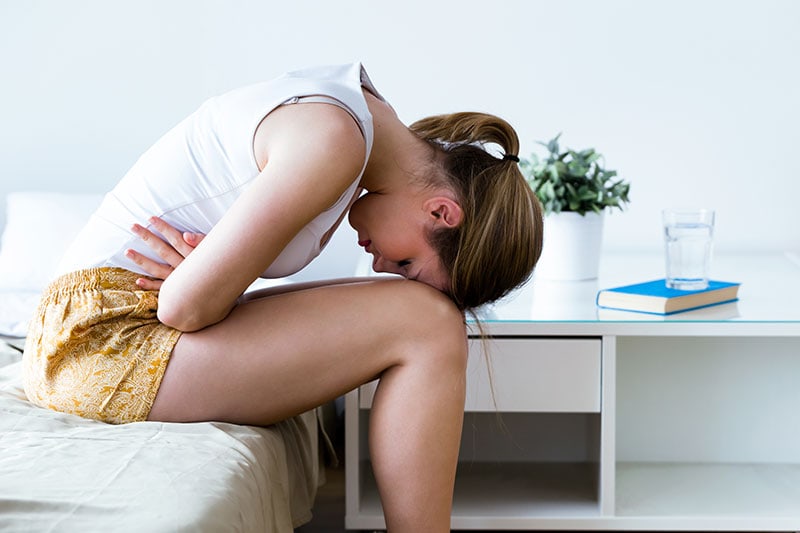 No man will ever fully appreciate how lucky he is to be male, because no man will ever menstruate. Menstruation is so basically unfair that a woman’s vote should count twice as much as a man’s (which, incidentally, might be a very good thing for the planet.)

But back to the subject of this story. A normal menstrual cycle is difficult enough, but it can have additional complications, such as abnormal uterine bleeding.

Before we talk about abnormal bleeding of the uterus, let’s first establish some context by discussing menstruation, menstrual periods, and normal uterine bleeding.

Every 28 days or so, the hypothalamus (a small endocrine gland located in the center of the brain) tells the nearby pituitary gland to send a message to the ovaries. Receipt of this message causes the ovaries to release an egg that has reached maturity. This event, called ovulation, usually occurs about midway through the menstrual cycle.

If the egg is fertilized and is successfully implanted in the wall of the uterus, the menstrual cycle will cease for the next nine months, while the fertilized egg (a.k.a. embryo) is transformed into a human infant.

If no embryo is implanted, the egg and the lining of the uterus, (a.k.a. the endometrium) are flushed out of the system. The flushing agent is blood.

What is abnormal uterine bleeding (AUB)?

Abnormal uterine bleeding can be described as:

What are the common causes of abnormal uterine bleeding?

A woman’s reproductive apparatus is a marvelously complex and delicate mechanism. This means that women’s health is quite vulnerable in this regard. Lots of things can go wrong. Like the following lengthy list:

How is Abnormal Bleeding of the Uterus (AUB) diagnosed?

But there is a multitude of causes for irregular bleeding, and each cause requires a different treatment protocol. So, the overarching task that abnormal uterine bleeding presents to the diagnostician is the identification of the cause.

The tools that enable the OB/GYN practitioner to meet this challenge include:

For cases with a hormone imbalance, the remedy may be:

When medications don’t work, a similarly wide array of surgical interventions is available.

We take our patients’ safety very seriously. Our facility’s Covid-19 patient safety procedures exceed all CDC and World Health Organization recommendations. Masks are required in our office at all times during the coronavirus pandemic.

Dr. Aliabadi Education Team
Dr. Aliabadi and her medical practice associates work hard to empower their patients and website visitors with the most up-to-date information about pregnancy and gynecological care.

Our goal is to pass on truly useful information to our readers. We hope you enjoy our work and find it of value. Please let us know!

< PREVIOUS  Covid-19 Vaccine Development Puts a Woman in the Hero Role  |   ARTICLE   |   NEXT >It's the New Year and You're Pregnant: Here are 6 Ways to Stay Fit