Home → The Women’s Health Blog → Death by Giving Birth: Why US Mothers are Dying More Than Anywhere Else. 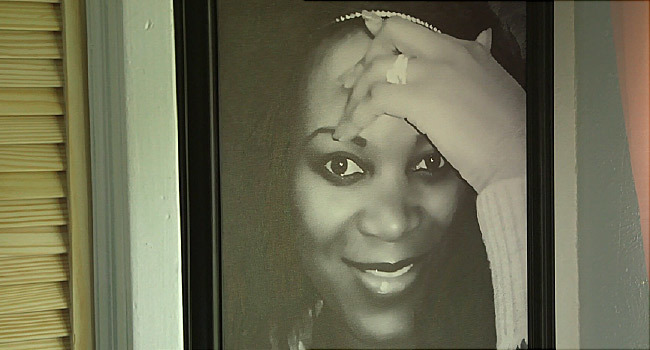 When 32-year-old Calista Johnson died 5 days after giving birth this summer, she became part of a troubling trend of moms dying in childbirth in the U.S.

This past summer, Calista Johnson, 32, of Red Oak, Texas gave birth to a baby girl. Angelique, named for her grandmothers Anna and Dominique, was beautiful, and healthy – every mother’s wish come true.

The same couldn’t be said for Calista. For three days following delivery, she’d suffered headaches even more severe than her usual migraines. All the Tylenol in the world couldn’t help.

Her back was in bad shape, too. Probably just bruising from the epidural, she thought, and encouraged her husband, Allen, to go to work. But the pain only worsened. By 10am, Calista could do nothing but scream “at the top of her voice,” Dominique said. She called 911. Watching the ambulance rush her daughter away, she said, “I just knew it. I said, she’s not going to make it.” Several hours later Calista died from eclampsia.

The US has the worst maternal mortality rate in the western world. And it’s getting worse

Calista’s death marks another tick for one of the most alarming statistical trends in the American health care system.

Each year, about 800 women in the U.S. die from causes related to childbirth, and this number appears to be rising. Researchers are still investigating if the trend is indicative of an actual hike in maternal deaths, or if it just reflects the new ways states have been classifying these deaths.

The real kicker is that, while Americans spend far more on maternity care than any other developed nation, we still have the worst outcomes for mothers. Just compare the data collected by the University of Washington.

A stark example of disparities in women’s healthcare

And that’s not the whole story. Black women are far more likely – by as much as 3 or 4 times more likely – than white women to die from pregnancy and birth complications. “In fact,” says WebMD, “deaths among black women are largely driving the apparent increases in maternal deaths in the U.S.”

Studies show that the majority of these deaths are preventable. Poverty, lack of adequate insurance coverage, and lack of access to care can account for some of the racial disparities, but not all of them. Even among well-educated, high-income women, black mothers still experience the worst outcomes.

“It’s one of the starkest examples of disparities in women’s health,” says Judette Louis, MD, maternity care specialist at the University of South Florida. “If you go back in time and look at the statistics, even in the early 1900s, that disparity was there.”

So here we are 100 years later, and that disparity still exists

The long-standing gap lends support to a history of racism in the healthcare industry. Black women are less likely to have access to prenatal care, and when they do, the hospitals they visit are among the worst in the nation. According to a 2016 study, hospital quality may account for up to half of the disparities between black and white women.

In addition, black women face discrimination when they visit their providers, consistently battling prejudicial beliefs, whether conscious or unconscious.

If this picture looks bleak, it’s even worse in Texas, Calista Johnson’s home state, where 95 black mothers died for every 100,000 births, up from 22 just ten years ago. While still unacceptably high, the deaths for white women (36) and Hispanic women (16) have only increased slightly since 2007.

According to data from the CDC, a black woman is more likely to die from maternity complications in Texas than if she’d given birth in Panama or the Dominican Republic.

The state of Texas continues to fail women through inadequate funding of maternity care programs and research. The Maternal Mortality and Morbidity Task Force is wading through the data, but the work is slow-going, due to the restricted budget issued by the state legislature.

In the meantime, doctors are putting a higher emphasis on preventative care. Many of the deadliest pregnancy-related conditions result from common, treatable conditions like hypertension, obesity, and diabetes.

Half of women who gave birth in 2014 were obese, and about a quarter of all pregnancy-related deaths can be attributed to heart conditions. Like Calista, black women are more likely to suffer these conditions than other groups. But while many state-run insurance programs cover health care costs for the fetus, the mothers carrying the pregnancy are left in the cold.

Calista’s story, published recently by WebMD, illustrates the importance of working with your doctor to know and understand the dangers of preeclampsia and eclampsia. No matter what your ethnicity, these statistics are alarming. Read more and let me know what you think. Thaïs

Read the full article at: www.webmd.com